With effortless steeze on and off the pitch, Paul Labile Pogba possesses timeless technical prowess. Oozing confidence, charm and a youthful fearlessness, the man is swiftly becoming one of the most influential sporting personalities on the planet.

In many circles, it isn’t a stretch to say that the World Cup winner hits the status of cultural icon. Just look back to that Stormzy X Adidas X Pogba video which served to hype up his arrival to Manchester United back in 2016. In his first three weeks at the club, United made over £190 million off Paul Pogba shirt sales alone. True to his physical stature, the man’s a commercial big hitter.

With absolute multidimensionality to his game, it’s disappointing that many mainstream media sources continue to herald Pogba for his “pace and power” ahead of his technical abilities.

Delving into the issue, Sachin Nakrani used media coverage of Pogba as an archetype of what many BAME sports stars are subjected to:

“the dominating aspect of the analysis feeds into a narrative that follows black athletes around, namely that their primary attributes are physical rather than creative or intellectual.”

Nakrani then notes that media coverage seems to remove BAME players’ status as real decision-makers, instead confining them to one-dimensional praise for physical dominance:

“A lot of this comes down to an old-school way of thinking, that black players aren’t capable of being, or to be trusted as, the ‘orchestrator’ in important positions.”

Nakrani’s analysis raises an inconvenient issue that we must address as a nation. As a cultural icon, Pogba may be one of the most overt examples of this trend, but he’s not the only one being misrepresented. After Raheem Sterling came out six weeks ago to highlight racial disparity in the mainstream media, it’s high time for us all to join forces to have a collective awakening. 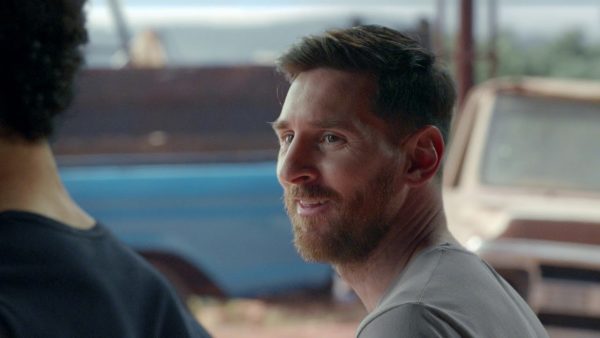